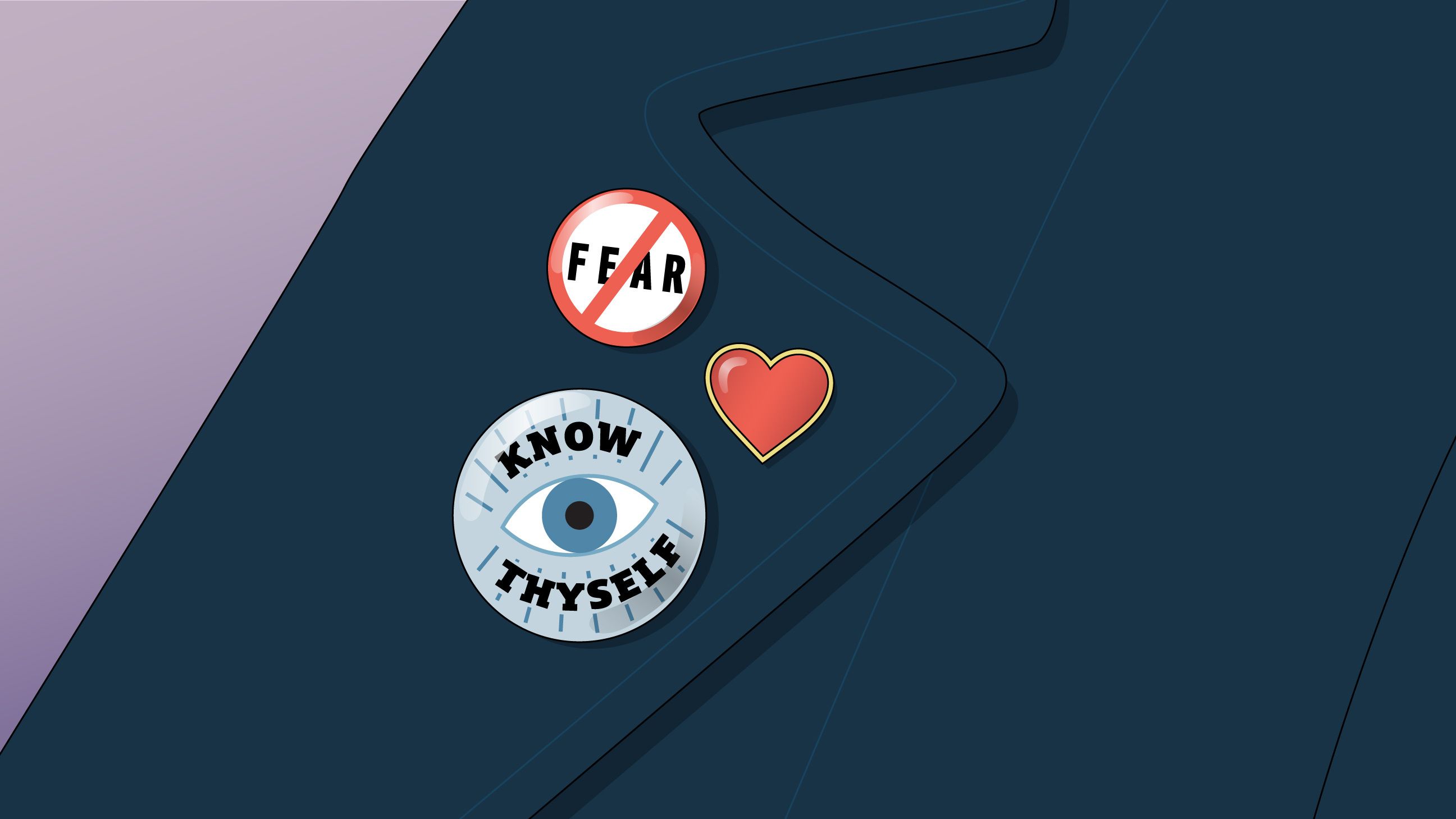 How to create a powerhouse business: three attributes of successful companies

Like so many of us, the Great Debacle that is 2020 has made me quite reflective. This reflection is compounded by a pretty momentous professional milestone—25 years ago this week, I began my career. It’s hard to believe it’s been that long, but I have a drawer full of retinoids to prove it. Back then, I was fresh out of college, wearing an Ann Taylor pantsuit and hitting the streets of Manhattan to join a management training program at a Fortune 100 company. I was finally about to learn the things about business that my liberal arts degree didn’t teach me, and determined to make an impact on Corporate America. After some twists and turns, including ample soul-searching and pavement-pounding, I landed where I now know I belonged all along—right into the wonderworld of creative advertising. If your aim is to be in the “room where it happens” of Corporate America, there is no better position than business development.

In this crazy agency pitch world, I’ve learned a ton about broader business—including the giants of industry—and what makes them so successful. While I don’t have a big quant study to substantiate my findings, I have probably gotten to know nearly 3,000 companies over the years. Plus, the pitch process gets you very close to several integral aspects of an organization: you get to see how they operate, what interactions feel like with one another and what’s most important to them. I’ve encountered tech titans like Facebook and Amazon, icons like McDonald’s and American Express, challengers such as Southwest Airlines and startups in plant based food alternatives and self driving cars, to Pfizer and Abbott in Big Pharma.

During my tenure, I’ve seen firsthand how brands triumph and falter. And while all companies are unique and their business models and industries vary, there are three specific characteristics that create a powerful, successful company.

They know who they are.

They are keenly aware of what they are all about and what the company exists to do. You can feel that focused vision through each employee and how they talk about why they’re there. It doesn’t feel scripted from the employee handbook or the mantras painted on the walls, it comes across their true reason for being. Perhaps as importantly, they know what they don’t know. They’re not afraid to ask for help from potential partners. They’re clear about where they are open to having you challenge their thinking and where they’re most likely an expert. One time, the lead client said, “we love having agencies push back, but make sure it’s provocative when you do because we know a lot about ourselves!” It’s not only refreshing to see that self-awareness but it helps external partners do their best work.

Fear has no place.

I met with one CEO and Founder who said, “I hate when my employees don’t fail. Because if they’re not failing, they’re not truly innovating.” I’ve never forgotten that. He led an organization that embraced risk-taking and encouraged his team to take big swings. Sometimes this attitude is most associated with startups and disruptors, but I think it’s even more important and powerful for large, established entities. The more supported people feel, the more they want to do their best work and create the next chapter for the company. You can tell when clients feel this way because they talk in terms of what’s possible, instead of who has to approve decisions and why things can’t be done because of internal barriers. They rarely talk about how things used to be. They are continually learning, growing and pushing themselves in new ways.

They lead with culture.

I don’t know how many RFPs and briefs I’ve read in my career. Probably a million. (Okay, maybe that’s a stretch. But it’s a lot.) Only three that I remember started by describing the culture. And I don’t mean they said, “our culture is like this.” They simply talked about what matters most to them. While only a handful of companies I’ve encountered put this in their briefs, many of them make sure you know what they value early on. One of my favorite examples was from a company that described themselves as the kind of place that tips their umbrella away when encountering someone on a rainy day—as not to collide or get rain on the person approaching—and leaving towels on the bed for guests. The minute I heard that, I knew exactly who they were and the rest of our team did too. But not only did this idea of the company culture appear as an anecdote or words in a brief. We felt it. The entire team at this company treated us with respect from day one and their enthusiasm for their employer was contagious. Companies that lead with culture do more than talk about it—they implement and embody these traits, starting from the top down. When the CEO takes personal responsibility to be the type of person to tip their umbrella, they begin to build a company full of people that will do the same. This commitment creates an environment where culture is not only referenced as an imagined ideal, but is consistently implemented through daily, tangible moments.

From tech to pharma, finance to home goods—great, successful, powerful companies exhibit these traits in abundance. But while it may look to an outsider like these characteristics existed all along, rarely are these inherent traits. The companies that have incorporated these values have done so with deliberate, consistent efforts, sometimes over decades, and have managed to course-correct when they’ve drifted. All this to say, if you’re managing a business that has found itself far away from embodying these traits, there is power in perception. As any good mentor will tell you, first you identify where you’re going, and then you get going.

And if you’re at an agency, I’ve learned quite a bit about what leads to being the best there, too—but I’ll save that for another reflective moment. 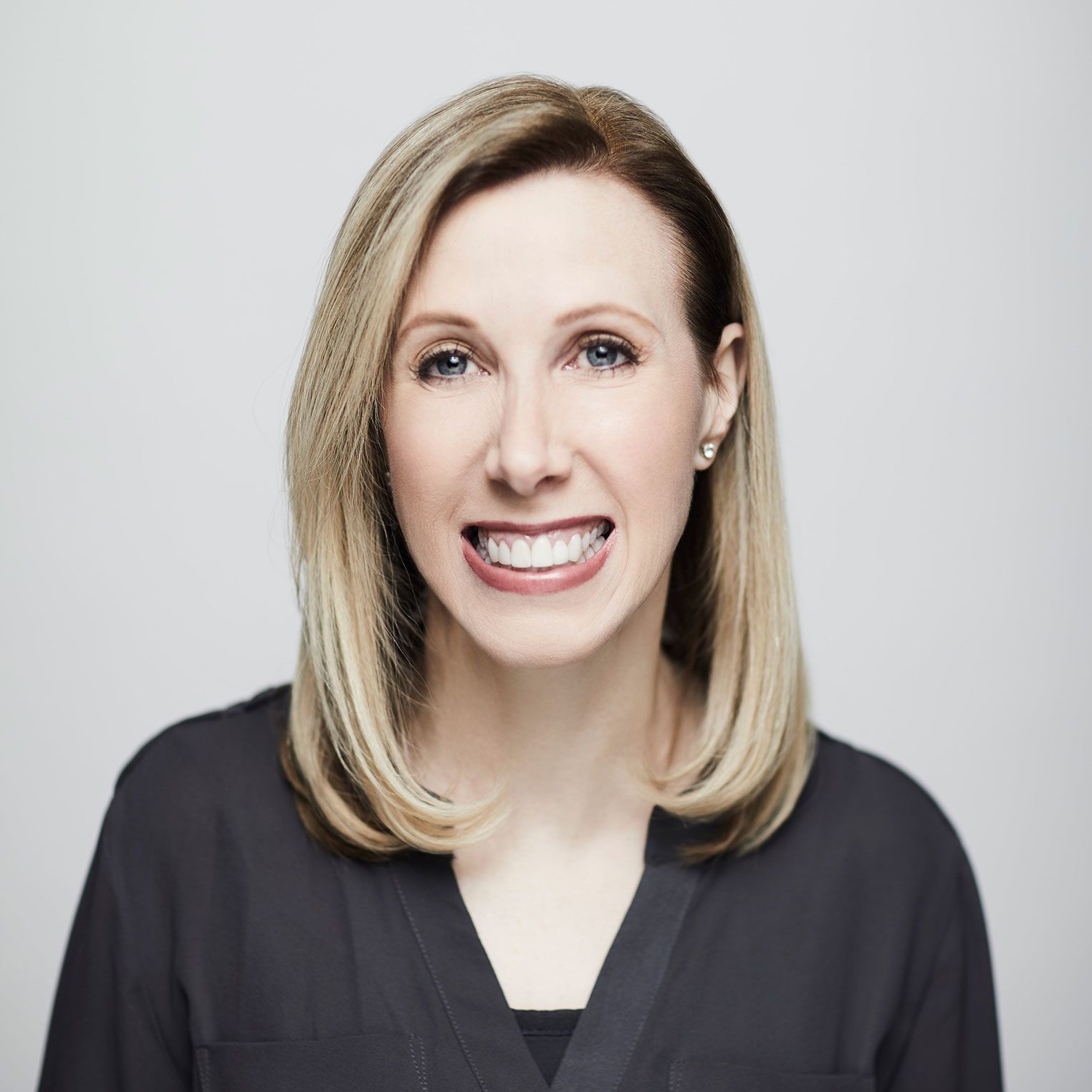 Heather leads growth efforts across VSA, including business development, marketing, public relations, brand leadership and content creation. During her time at VSA, Heather has helped to secure partnerships with some of the firm’s most prominent clients. As a member of the Executive Leadership team, she also helps guide the direction and future of VSA. Heather has 25 years of experience in marketing and agency leadership, account management and strategic planning, and has held roles at some of the world’s top agencies including DDB and BBDO in Chicago, New York and Sydney. Before joining VSA, she led business development initiatives as Leo Burnett’s EVP, Director of Growth, and was part of the creation of Farmhouse, the company’s innovation brand.

If you’re interested in partnering with VSA on an upcoming project, email Heather at heather@vsapartners.com. 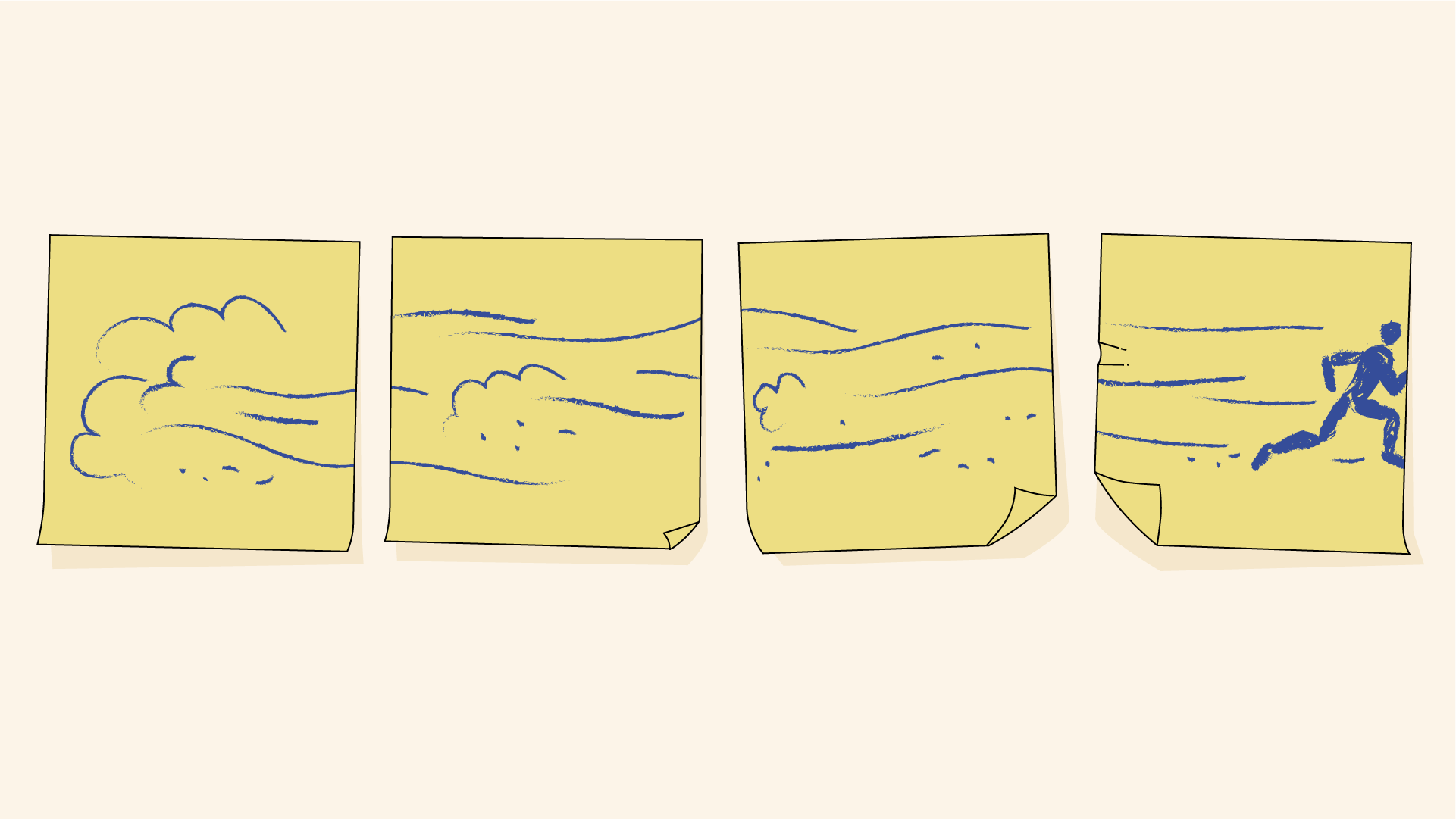 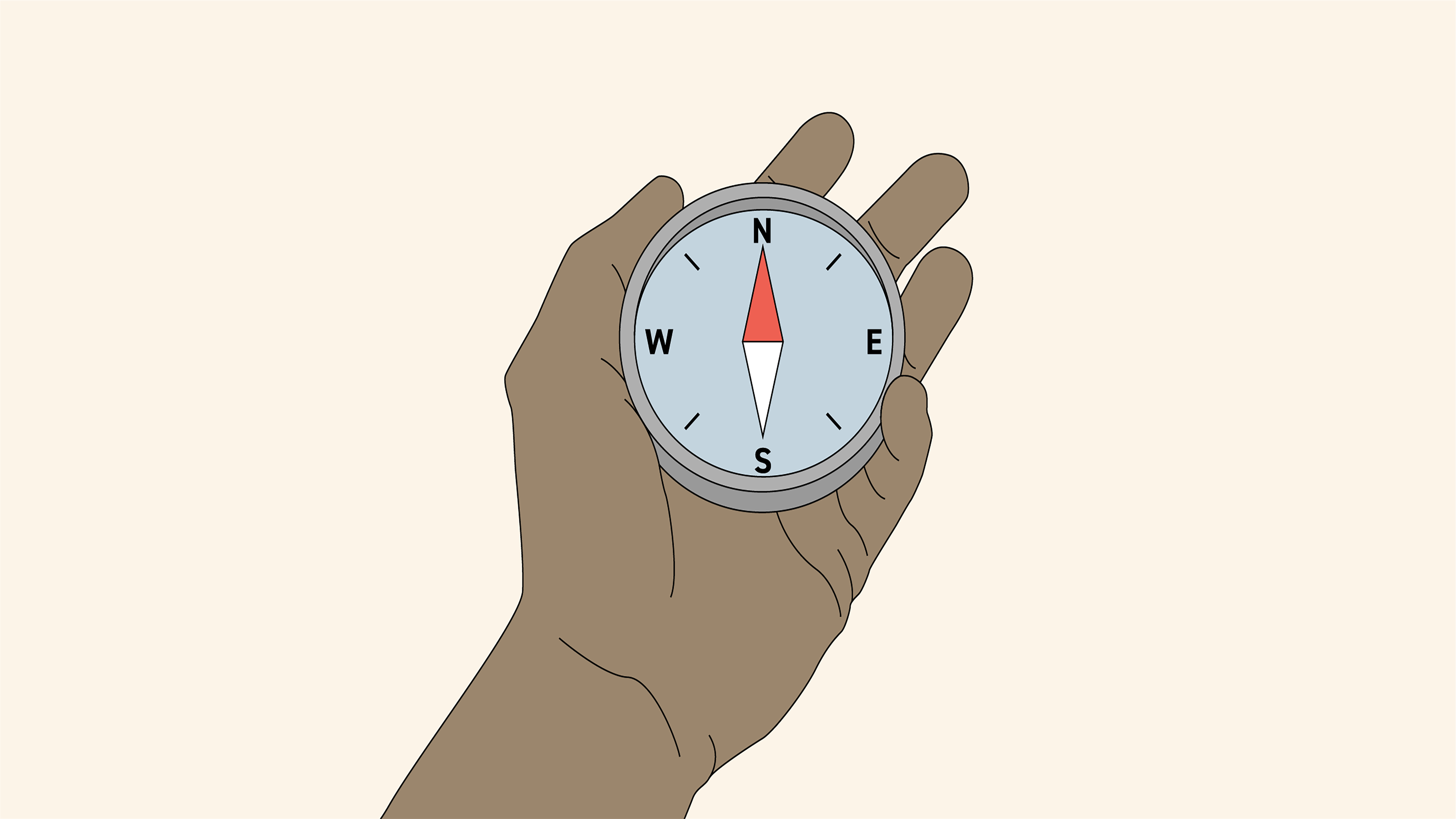 The power of purpose